Home About Us Our Management Team Jason Mundu 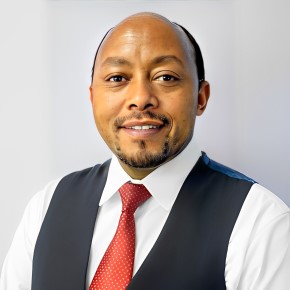 Mr. Mundu is the Country General Manager at Pathologists Lancet Kenya. He was appointed to the position in January 2019 having joined PLK in 2011 as a lab technologist, and soon after in 2012 became the Lab Manager of Parklands Branch which he set-up and grew into one of our first and largest branch laboratories.

He rose to become Regional Manager for Nairobi Parklands, Westland’s, CBD and suburban outreach areas in 2014-2016 before being appointed the Country QA and Training Manager in the Year 2017.

Cerba Lancet Africa on the continent